It was John’s (dad) idea to send mum and I over to Germany where there would be Weimaraner’s from all over Europe at the 2017 WDS it was an event we couldn’t miss and worth sharing together. The excitement levels grew as we found out that this was the biggest WDS.

Back in late 2014 Bromhund sold a vibrant young pup named Dodger (Bromhund Let Me Loose), son of our famous Leroy, to Ian and Eden in the UK. They had lost their old Weimaraner that was sired by a dog we had bred and sold to the UK.  I asked them if I could exhibit Dodger at the WDS. This was an opportunity to expose Dodger (Bromhund Weimaraners) in Europe; also giving breeders a great opportunity to see our vibrant export.  Lucky for me Ian and Eden said yes.

Our journey to the WDS began with stops in Frankfurt and Berlin with my dad joined us in Leipzig.

The first day of the WDS was here. The venue was amazing with its five huge halls. Each hall was as big, if not bigger, than our Boxhall Pavilion in Melbourne.  When we arrived, there where dogs and people everywhere! There were only one or two dog trailers, most dogs came in vans. It was fascinating to see breeds I had never seen before. I found the WDS very well organised and set up for dogs.

We found the hall where the Weimaraners were going to be judged. The first show was the German Winner show, which had over 60 Weimaraner entries.  This show was a prelude to the WDS.  The rings were small which was disappointing for our big moving breed.  The carpet squares were slippery for exhibits and these tiles had to be taped down after a few near accidents for the exhibitors.  We watched a few Vizslas first and then the Weimaraners.  This was great prelude to what I would be experiencing the following day.

After the judging we headed over to the main pavilion where the main ring and the shops were. OMG! The shops where amazing. I seriously needed another day just to do the shops.  Probably the disappointment was I didn’t buy enough, nor did I enough time to look.  Some other Aussies certainly there certainly gave the shops a good work out J We checked out the main ring which had a huge grandstand surrounding it.  There was always something happening in the main ring.

World Dog Show day arrived! It was exciting to have a huge entry of 206 Weimaraners which were mainly from Europe.  The dogs and bitches were judged next to each other so I didn’t get to see many of the bitches being shown.  The dogs were judged by Dr. Tamas Jakkel (HUN), he had 95 dogs.  The bitches were judged by Augusto Benedicto III Santos (PHL), he had 111 bitches.  Weimaraner Longhairs were judged by Manfred Reuper (DEU), he had 28 in total.  We watched our lovely new import Marek, who just turned 6 months, was placed 4th in a strong Puppy Dog Class.  Dodger was in Open Dog Class, which was the largest class with 22 open dogs.  He was so excited to see me which was so lovely. Dodger had just turned four and I last saw him when he was 10 months.    As we stepped into that ring Dodger did not put a foot wrong: he performed like a show dog which made my job as a handler so much easier. What a great dog!  He moved so well in a small ring and took it all in his stride.  He was graded excellent and won his class.  This was a huge thrill; there were some lovely dogs in the open dog class.  I wasn't sure of the procedure as it was very different to Australian shows. The winner of Junior, Intermediate, Working, Champion and Open Class come back in for the CACIB (the puppy dog doesn’t compete).  The stewards were great helping and letting me and other vistors know where and what to do.  Dodger then competed for the CACIB and he won! OMG, it was amazing beating all the best dogs in Europe!  Dr. Tamas Jakkel (HUN) then judged Best of Breed. A lovely bitch from Russia was best bitch and he worked us before he made his decision. He awarded Dodger Best of Breed World Winner from 206 Weimaraners. IT WAS JUST INCREDIBLE … Dodger’s owners, Ian and Eden, were over the moon and the Australian cheer squad created such a fabulous atmosphere. There were so many lovely congratulations from the Weimaraner people from all over Europe! I was on cloud 9!!

Once we had finished in that ring, we then had to go through the same process for Group 7 specials.  Group judge was Mr Miguel Angel Martinez (ARG).  There were 32 breeds represented in Group 7, with over 1300 dogs just for that group.  This included a large number of breeds I had never seen before, it was amazing to see them all.  The process to get to the main ring was long and Dodger continued to take it all in his stride. I found the main ring an unbelievable  experience. Spot lights, grandstands, paparazzi - I didn’t look around I just concentrated on Dodger making sure he was at his best.  There were lots of people telling us where to stand, where to run and where to be.  The Judge had already pre judged all the breeds so he made his short list quite quickly. He picked six breeds for his short list, AND we were one of them!!  I was so excited to be in the top six out of all those breeds. Dodger never stopped showing, he was so happy: tail wagging and being so switched onto me. It was great to be in the big ring as he was able to move out.  The judge then judged each of the six dogs.  Then the announcement came and Dodger was awarded 4th in Group!! OMG amazing!!!  It was so exciting: heaps of paparazzi taking pictures, more pictures after judging and I was just trying to take it all in! A memorable occasion.

My family has been in the breed for 45 years as Bromhund Weimaraners, and this win was such a reward for all the hard work that goes into breeding.  Dodger is from two of our imports: Leroy (Aust Sup Ch Silkwind Turn Me Loose to Bromhund IMP USA) who is grandson of Cusack (Aust Gr Ch Bromhund High Fidelity), and his dam, Sassi (Aust Ch Weisup Lava Luscious at Bromhund IMP NZ). We planned this mating as soon as these two arrived in Australia - it was a combination of some new lines for our kennel and it produced the dogs we were hoping for.  To be able to have the opportunity to handle this lovely dog that we bred at the biggest show in the World was one experience I will never forget and one I could never of dreamt of.  I am very thankful to both Rosemary and John, my parents, were there to see it and to all our Aussie support crew! Also, a huge thanks to our dear friend Jana (Co owner of Lucky), in Czech Republic, for helping us get there and also in assisting Eden and Ian on what to do to get Dodger entered.  Finally, thank you Eden and Ian for getting Dodger to Germany!! 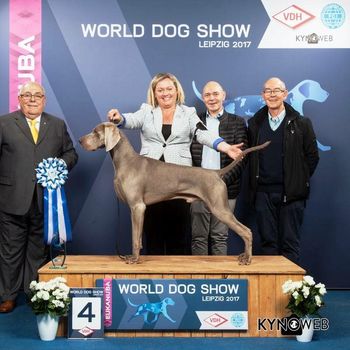 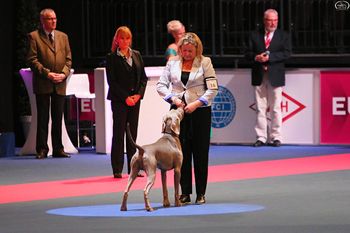 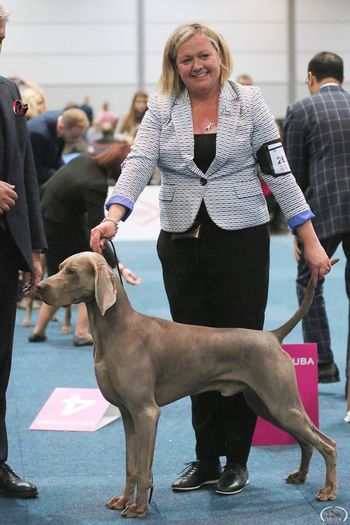 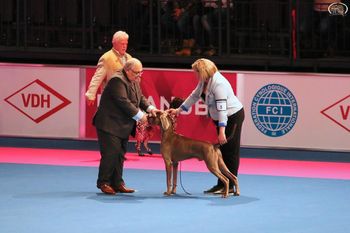 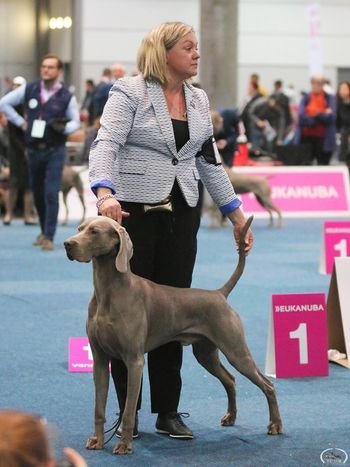 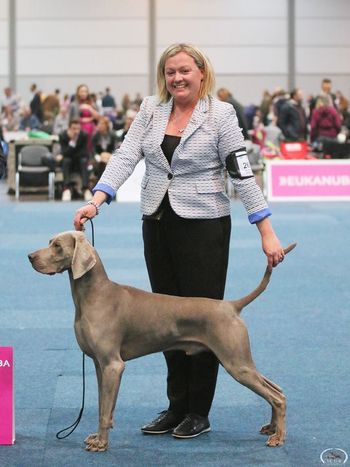 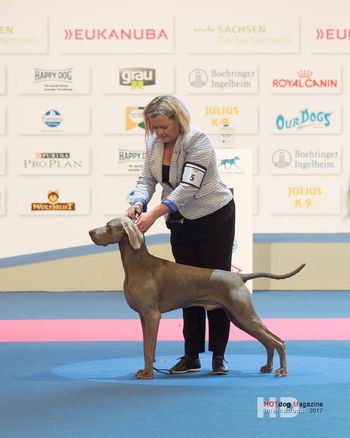 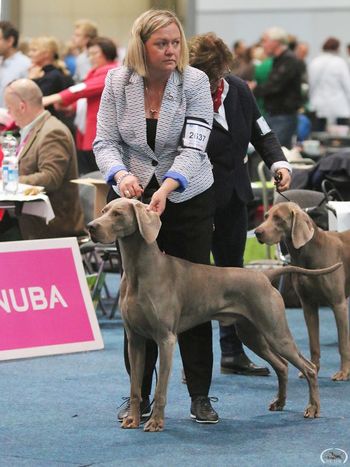 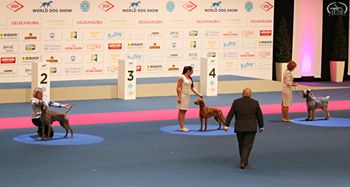 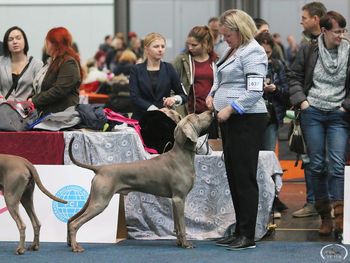 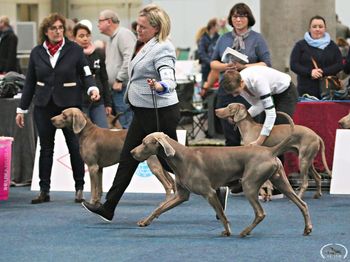 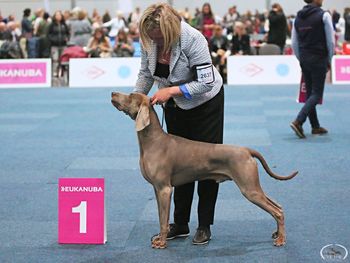 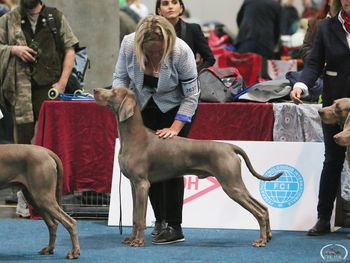 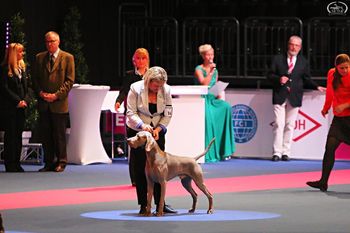 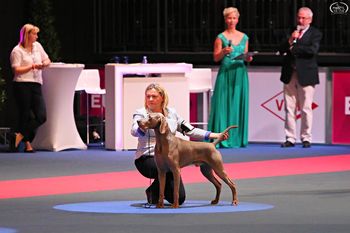 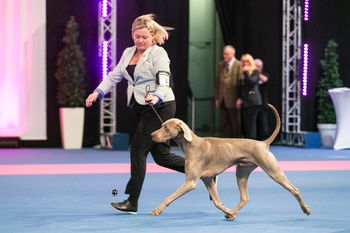 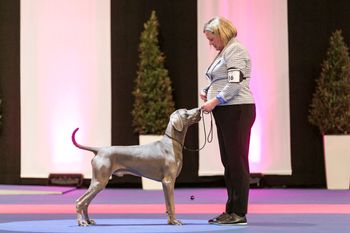 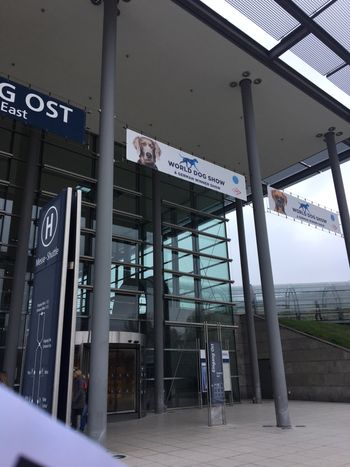 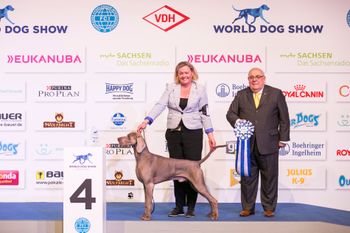 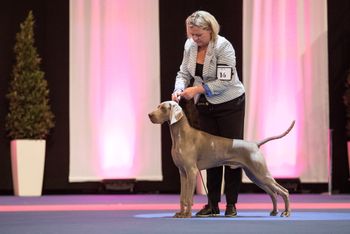 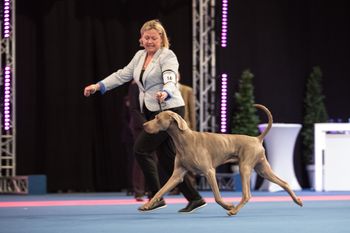 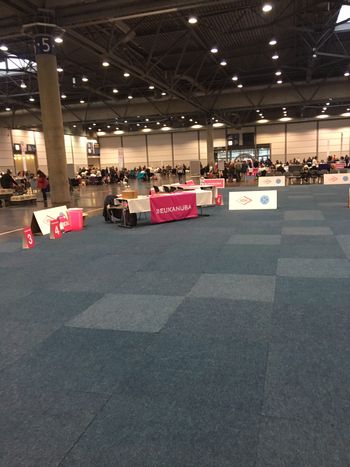 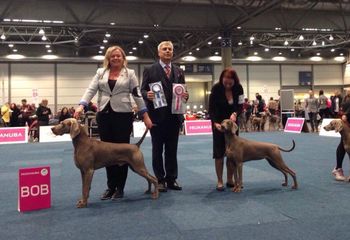 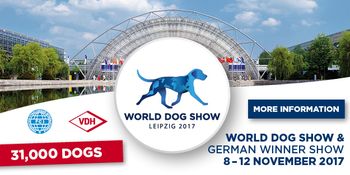 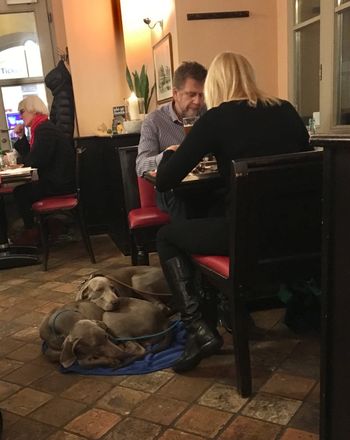 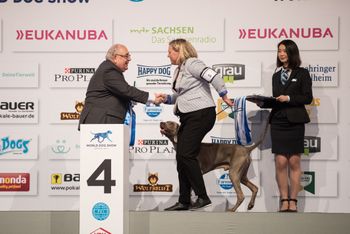 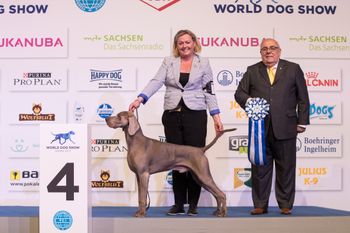 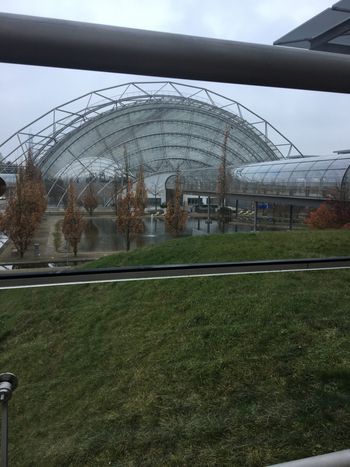 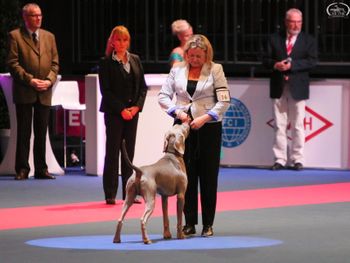